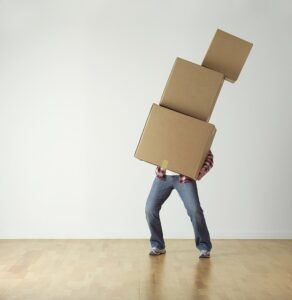 Owens Brothers Transfer is centrally located serving Incline Village and the entire Tahoe Basin. The company has been providing exceptional residential and commercial storage and moving services since 1979.

Secure your property with the top storage services, including:

Get the most professional and expert moving and storage assistance for your moving and storage needs: Owens Brothers Transfer offers you full-service storage at competitive rates. The warehouse facility is clean, sanitized, and weatherproofed offering higher security than self storage.

Owens Brothers Transfer is a full-service residential local moving service with over 40 years experience in the Tahoe Basin. We offer customized local moves. We have expertise in careful packing and handling homeowners’ possessions.

Families relocating to the greater Tahoe area or moving a long distance can depend on Owen’s movers for professional packing, pick up and transfer. We are a full- service long distance moving company for California and Nevada. We are dedicated to providing complete customer satisfaction.

Office relocation is one of our specialties. We will do the heavy lifting and move your office of desks, chairs, file cabinets, furniture and more. Our professional office moving service makes it easy for any company to relocate. Our experienced movers are trained in commercial moving and ready to move your office quickly and safely.

Packing your belongings can be a time consuming effort. Make it easy with the help of our trained packaging experts. Owens Brothers Transfer’s team is trained in packing, storing and transporting your property. Custom crating is available for valuable artwork, treasures, stone statuary, and glass.

Owens Brothers movers are experts at resort and hotel installation and renovation. During your resort renovation Owens can simplify the remodeling process by making sure all of your goods are transported to our safe storage facilities. We can follow your timeline and set up a delivery date when you expect your resort’s goods
back.

Owens Brothers Transfer offers full-service storage facilities for just about any size move or storage need. We can pack and hold your goods, or you can visit our warehouse for self-storage. We deliver and pick-up moving pods at your location to make it easy.

The history of Incline Village

Incline Village Lake Tahoe is named for the Great Incline Tramway built by loggers in 1878, but long before the Incline Village became a place on the map, the Washoe people and their ancestors lived in the region. Archaeological evidence reveals signs of habitation as far back as 8000 years and at the time of European contact, the Washoe had already been in the area for at least 2000 years.

Life in the region changed dramatically with the discovery of silver near Virginia City in 1859. Since then certain areas of the region became victim to rapid resource exploitation as more and more other people moved in to mine, harvest lumber, and provide services to the mining and lumber industries.

Many different people have left their mark over the years. The Basque sheepherders literally left carvings on trees. Chinese laborers left evidence of their campsites around the lake and European operated lumber mills have been credited with establishing road systems, railroad alignments, trails and flumes.

Incline Village, as it is today, developed from land sales and development by George Whittell between 1938 and 1959.

Business hours on Tuesday
8am - 5pm